The best resource I’ve found for improving WiFi range on the road is this guide on Private RV Wi-Fi and Making a Better Park Connection by Outside Our Bubble.

The M2 has double the antenna range of the Loco M2. This is probably overkill, but I sided with making sure I had enough range for any park. When choosing, keep in mind that a larger antenna means more power consumption.

The Installer version of the airGateway offers a USB power input. I paid a little extra money for this hoping I could power both it and the NanoStation from a USB source, but, as I expected, USB isn’t powerful enough to drive the M2. USB provides enough power to set up the M2, but not enough to pull in a WiFi signal. The Installer version is intended to power up equipment from a USB battery pack just enough to allow provisioning. So, experiment failed, but I had a backup plan. Once I hooked up a Tycon Systems TP-DCDC-1224 24V POE Out 24W DC To DC Converter And POE Inserter, the NanoStation had all the power it needed to pull in WiFi from afar.

The NanoStation is weatherproof. I mount it to a small length of 3/4” PVC pipe that tucks into a socket on the roof rails. From its perch, it has endured months of rain and snow and wind without incident. 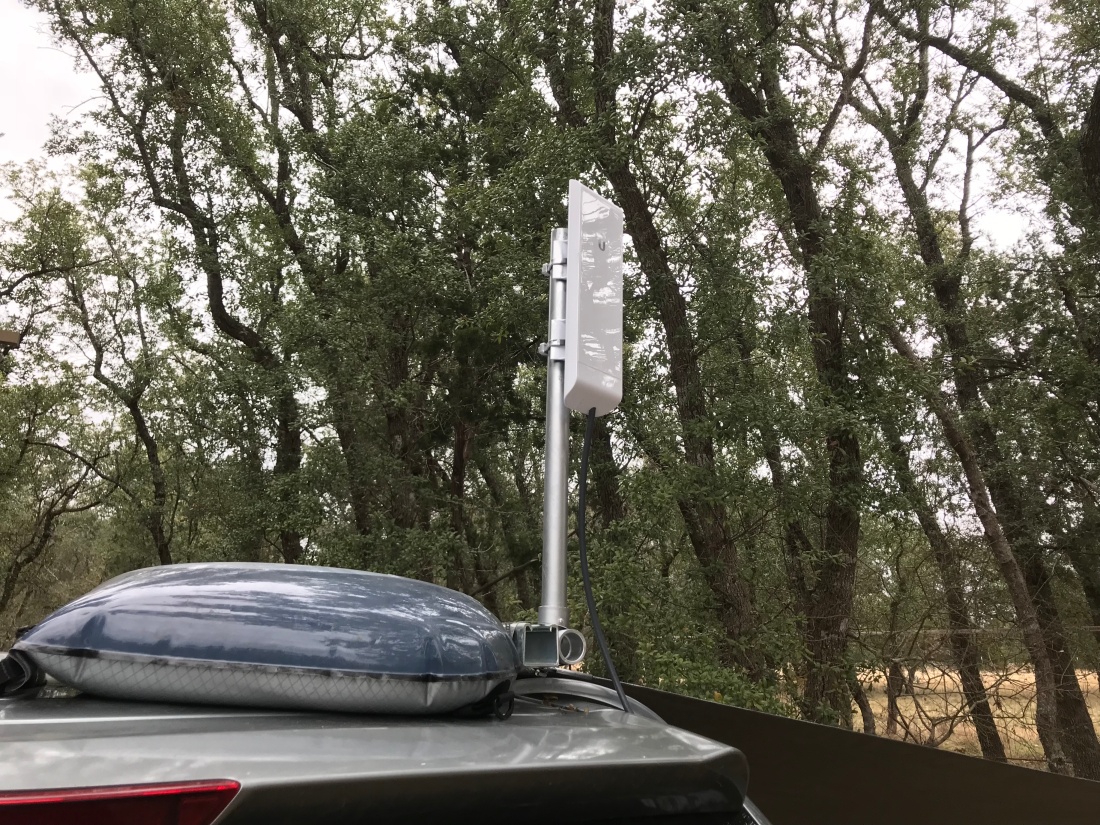 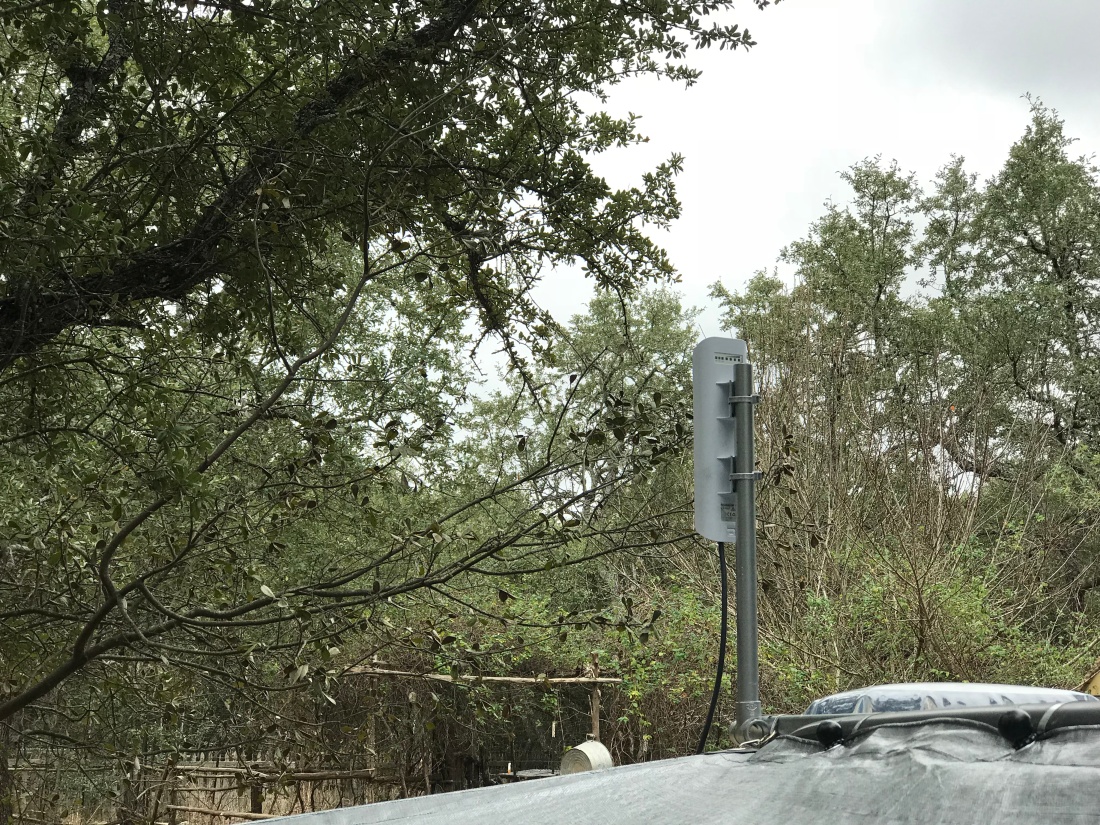 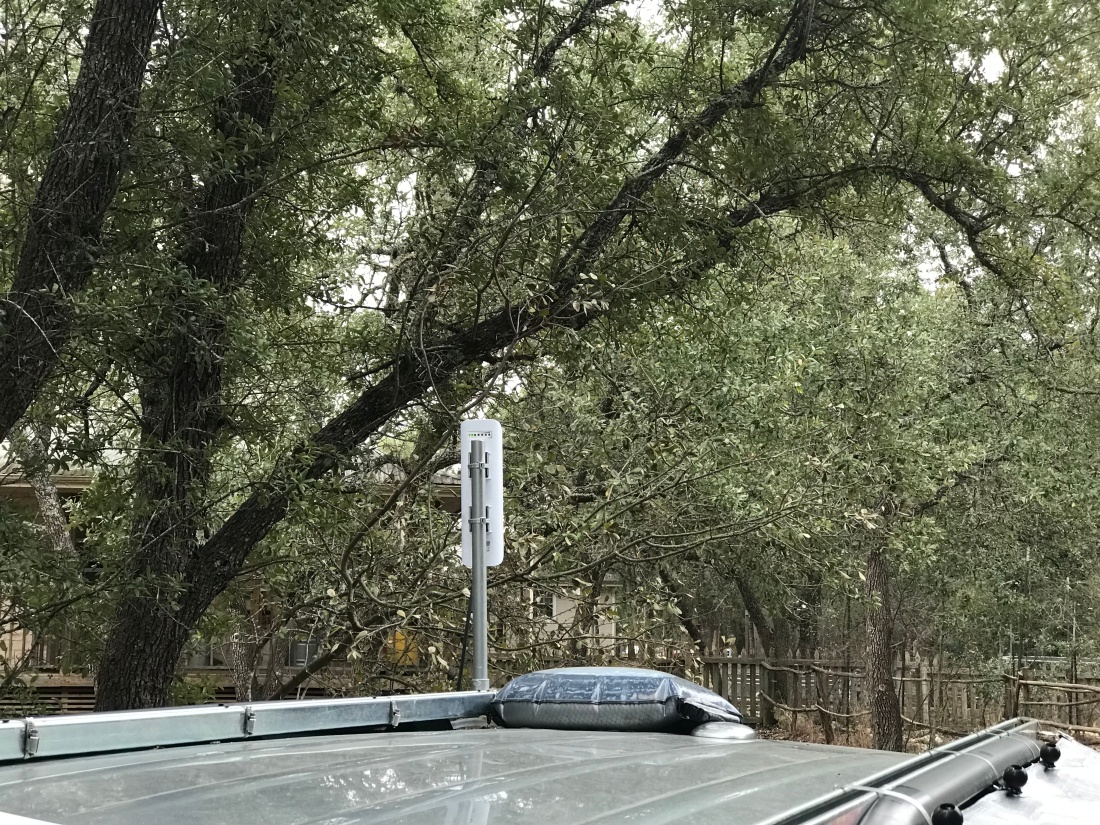 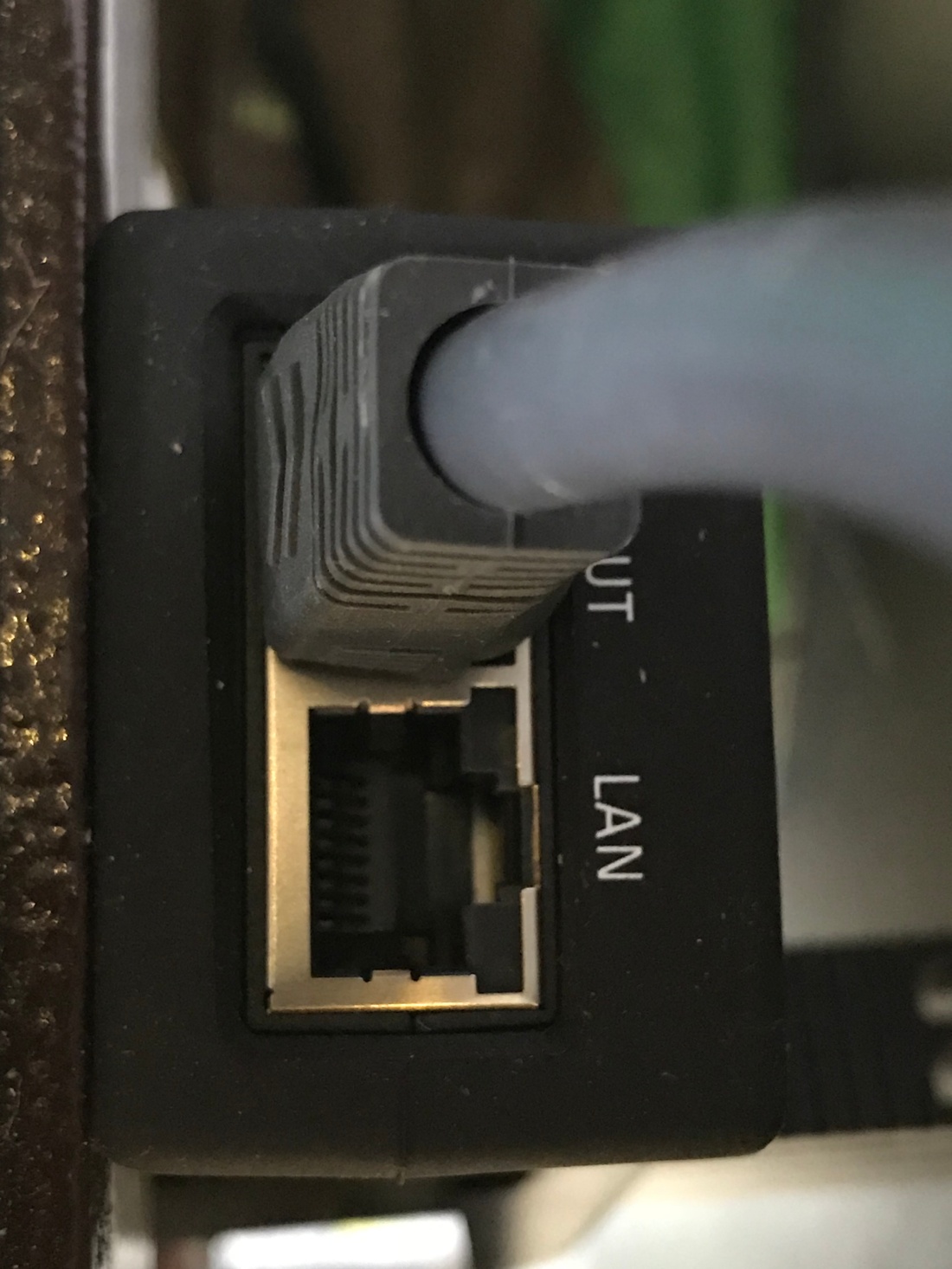 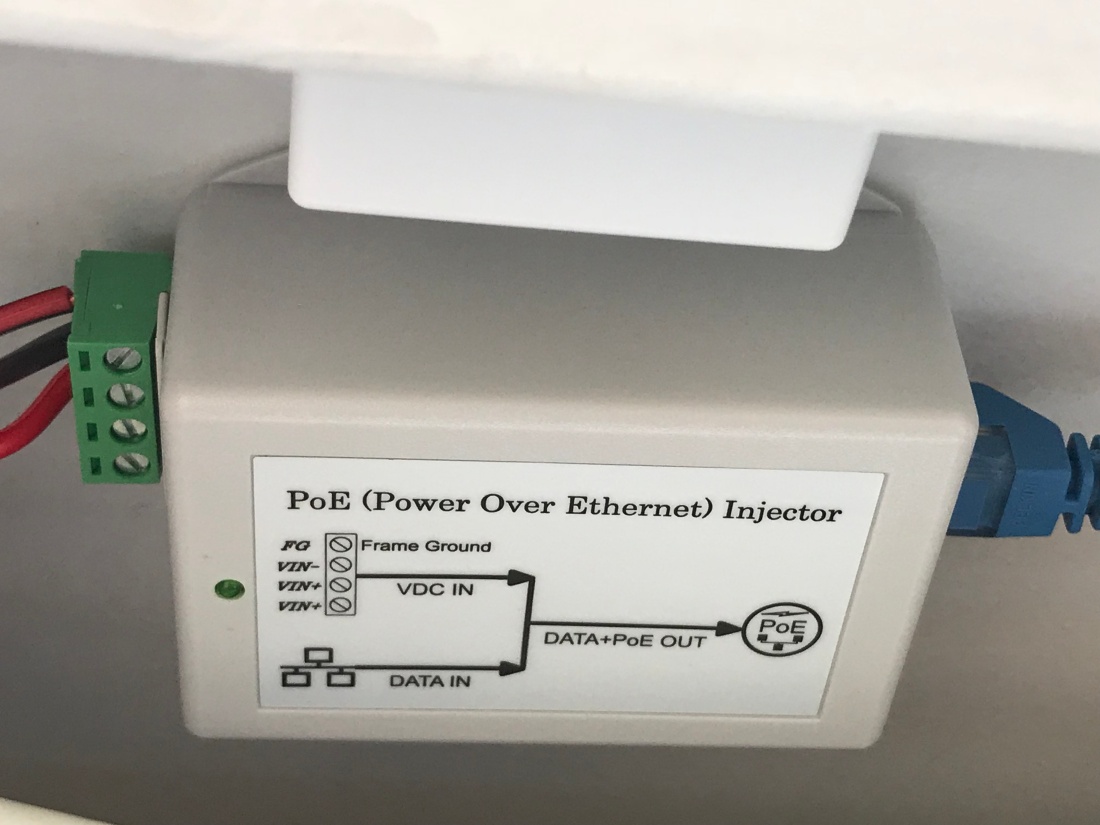